Prejudice in Everyday Life: The Example of White Skin Preference

Prejudice in Everyday Life: The Example of White Skin Preference

Why prejudice and stereotypes might be inevitable When we talk about stereotypes and prejudice we could argue that they are, to some extent, inevitable. Our natural tendency to draw generalizations from particular social instances based on real group differences (Wright & Taylor, 2007, p.435) and conflicts (Sherif, 1966) creates stereotypes, both positive and negative. Who can honestly […] 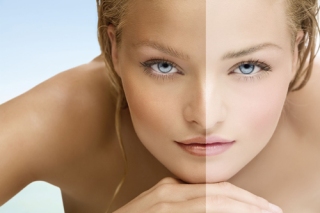 When we talk about stereotypes and prejudice we could argue that they are, to some extent, inevitable. Our natural tendency to draw generalizations from particular social instances based on real group differences (Wright & Taylor, 2007, p.435) and conflicts (Sherif, 1966) creates stereotypes, both positive and negative. Who can honestly say to be entirely free of prejudice? Preconceived negative judgment of others appears unavoidable, especially under social conflict and social threat. Effects such as own-race-bias (Meyers & Twenge, 2013, p.334-335) and cultural ethnocentricity expressing pride and superiority (Tracy et al., 2013) are bound to create prejudice and might even be rooted in evolutionary programming (Hammond & Axelrod, 2006), although this is no scientific excuse for degrading others. Social identity theory supports the observation that we categorize and compare outgroups (Tajifel & Turner, 1979), which leads to over-generalization errors such as stereotyping. Lastly, the need for status, self-worth and belonging comes easier under threat for people with lower economic standing and fragile social disposition (Pettigrew et al., 1998), which makes it easier for prejudice to crystallize as shared defensive beliefs (Wright & Taylor, p.438).

An everyday scenario of discrimination: Why should whiter skin be better?

Some months ago I noticed an attractive young Indian woman with dark skin watching advertisements on a TV installed in the Bangkok city train. Suddenly an advertisement for a skin-whitening product came on, featuring fair-skinned Thai models going on forever how their skin improved from white to even more white. As for most of such commercials in Asian media that promote colourism (Leong, 2006, Mak, 2007, Krishen, 2014), they generally exclude dark skin models. The white women were portrayed of higher status, young, wealthy, carefree and happy. The Indian woman I observed frowned and the unhappy look that came over her face appeared as a salient, genuine response.

In Thailand where I live, dark skin complexion is primarily assigned to status. White skin is associated with the aristocracy and wealthy elites, whereby darker skin is associated with the rural Thai population who has to perform manual labor in the rice fields. Foreigners with dark skin, such as many Africans or Indians, are frowned upon by many Thais. Stereotype content is more associated with race, rather than status in these cases. Promoting that being white is the social norm (Crandall et. al., 2002, p.360) entails that the Indian woman I mentioned is excluded from it. Prejudice appears as a construct of mere group membership and group-properties (Sherif, 1948). In our case race is, besides status, a secondary stereotype defining intergroup boundaries in the advertisement. The ruling white elites themselves appear oblivious to their own public dominance and social asymmetry (Wright & Taylor, 2007, p. 443).

Subsequently, women with darker skin are subjected to stereotype threat and stigma consciousness (Meyers & Twenge, p.337, Wright & Taylor, p. 440), the constant fear of being identified as both, being of low social status and belonging to an undesired race that has been made fun of in other advertisements, e.g., as ‘Blackface’ (Bengal, 2014).

Ayu Saraswati (2010) argues from the analysis of women’s magazines in Indonesia, that the ideal of whiteness has become representative of ‘cosmopolitanness’. Yaba Amgborale Blay (2011) explains, from an African perspective, skin whitening as products from a long history of White supremacy. She concludes that skin whitening is an internalized projection by those exposed to white domination, colonization, and enslavement. White supremacy states that the white ideal equals the human ideal (Amgborale Blay, 2011, p.37).

Sylvia (2013) makes a good observation looking at Indian TV commercials when she writes that “ [Skin Whitening] Advertisements suggest darkness is a problem. Advertisements portray women with dark skin as insecure due to their skin tone. Dark skin women are staged with sad facial expressions, their eyes do not look directly at the camera, and their body posture is poor. Women using the fairness product are portrayed as confident and transformed, because of their whiteness.” (Sylvia, 2013, p.4).

Skin bleaching in Tanzania goes to extremes of causing cancers, liver and kidney failure (Lewis et al., 2012). Shresta (2013) concludes from an Indian perspective that “Clearly, colonial racist articulations of Indian primitiveness, social lag, and victimization cannot properly assess or curb the expansion of skin whitening as an industry or a practice. These logics cannot account for the transnational industrial beauty matrix that perpetuates ideals of whiteness/lightness as a marker of beauty, intelligence, employability, desirability, and worth.” (Shresta, 2013, p.116). Shresta’s assessment is compatible with the Indonesian findings on ‘cosmopolitanness’ based on a global beauty matrix. White skin associated with status has a long history. Elizabethan make-up is the prototypical Western example with Queen Elizabeth Ist setting the trend for the use of heavy make-up (Elizabethanera, 2014). Upper classes and royal families across cultures have been setting a clear signal and social norm of status expressed by white skin, looks and fashion.

A strategy for the reduction of discrimination: Changing the social and legal norms

Paluck and Green ask if social cues can induce conformity to tolerant norms (Paluck & Green, 2009, p. 360), a notion supported by group norm theory which explains attitude formation by the internalization of external norms (Crandall et al., 2002,p. 360). Creative solutions such as communicating inoculating media advertisements that promote tolerant norms as public messages (e.g., ‘Real life is variety’, ‘Color anxiety creates unhappiness’, ‘Happy to be me’ etc.) could support women with darker skin of becoming more confident of themselves and white women to become less anxious. Acceptance would be targeted towards stereotype contents of status and race. The Dove ‘Real Beauty’ campaign (Sarah, 2012) serves as a good example that this might just work. Enforcing ethical guidelines for the advertising industry is another strategy to support people of becoming more accepting of themselves, rather than to create damaging social hierarchies.

Sherif, M. (1948). The necessity of considering current issues as part and parcel of persistent major problems: Illustrated by the problem of prejudice. International Journal of Opinion and Attitude Research, 2, 63–68.