The Psychology of Credit Debt

The Psychology of Credit Debt

How do people end up in debt? The following essay on the psychology of credit debt is structured into two parts. The first part investigates why people spend more than they have and the second part asks how a team of social psychologists could develop an effective public campaign against falling into credit debt. Part 1: Why […] 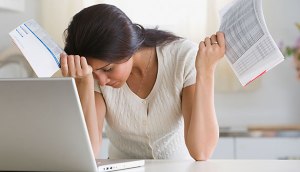 How do people end up in debt? The following essay on the psychology of credit debt is structured into two parts. The first part investigates why people spend more than they have and the second part asks how a team of social psychologists could develop an effective public campaign against falling into credit debt.

Part 1: Why people spend more than they have

We can identify a plethora of decision-making processes to why people spend more money than they have. Getting into debt can simply be caused by economic hardship with the slippery slope of available credits leading to crisis debt (Lea et al., 1992). Easy availability of credit may suggest a new social norm, inward conformity, of acceptability of debt (Lea et al., p.118). People may believe that they have to keep up with expenditures to be en par with others of their perceived social class as outlined by Social Comparison Theory (Festinger, 1954). According to Self-presentation Theory (Goffman, 1956) people might be concerned with what others think of them and overspend on impression management (Baumeister, 1982), such as e.g., costly mobile phone purchases by teenagers.

1.) People’s behavioral beliefs may support spending rather than saving money.

2.) Spending might be encouraged by social and cultural norms.

3.) People’s perceived behavioral control to manage their budget might be compromised. It could be clouded by biases such as unrealistic optimism (‘we will recover this investment soon’), the overconfidence effect (‘with such a huge investment we become the market leader’), counter-factual thinking, the illusion of control or the false consensus effect (‘everybody is buying now’) (Myers, 2013, p. 64-96).

Biased heuristics can equally lead to ill-decisions. In representativeness heuristics, people tend to value worthless evidence higher than no specific evidence at all while ignoring prior probabilities (Tversky & Kahneman, 1974, p.1124). In the ‘misconception of chance’, the classical ‘gambler’s fallacy’, chance is erroneously perceived as a self-correcting process, e.g., ‘one just has to wait long enough for luck to strike’. The ‘Insensitivity to predictability’ bias (Tversky & Kahneman, p.1126) states that the favorable description of an investment does not logically entail evidence on the predictable return on the same.

People could have fallen prey to the persuasion of ruthless sales people. Foot-in-the-door and low-ball techniques aim to over-commit customers. These effects are amplified when the salesperson is regarded as an expert and to be trustworthy (Myers, 2013, p. 232-234). The power of the situation might provoke a fundamental contribution error (Ross, 1977), attributing superior insight to salespeople, e.g., by presenting a fancy office or associating with supposedly influential partners ‘with a name’.

It is possible to inoculate people against overspending. In the Elaboration Likelihood Model the central route, which employs higher amounts of thinking and meta-cognition (Petty & Brinol, 2008, p.54-55), is better suited to support self-control than the impulsive, unplanned peripheral route. Aim is to develop higher internal locus of control as defined in Attribution Theory (Weiner, 1997). Self-control can be supported by strengthening standards (e.g., by engaging goal-directed behavior, a shopping list is a good example), practising budget monitoring skills and encourage behavioral change (Baumeister, 2014). To avoid ego-depletion (Baumeister, p.673), losing control of judgment due to continuous cognitive load, people should make large financial decisions when they are fresh and rested.

The relation of theories, heuristics and biases mentioned needs to be interpreted critically in context. For example, in socio-centered cultures, debt may incur due to providing for parents. In this case social roles and norms (Merton, 1957) decide outcomes, rather than persuasion or perceived behavioral control.

Goffman, E. (1956). The Presentation of Self in Everyday Life. New York: Doubleday.

Weiner, B. (1979). A theory of motivation for some educational experiences. Journal of Educational Psychology, 71, 3–25.

Part 2: How a team of social psychologists can develop a campaign against falling into credit debt

A team of social psychologists intending to develop public inoculation campaigns such as against falling into credit card debt, would first need to be aware of what does not work, for example, it would be self-defeating to instruct people to simply critically think about their overspending (Niu et al., 2013). People already know their predicament. Petty and Briñol note that when people have greater confidence in the validity of their reasoning, their ideas are more likely to be used in making judgments (Petty & Briñol ,2008, p.56). This notion would be a suitable working hypothesis to encourage meta-cognitive, critical thinking. The advantage is that, using the tri-partite classification system of attitudes (Rosenberg & Hovland, 1960), a team can identify the affective, cognitive and behavioral components that would reach the envisaged target group in a campaign. In terms of theory, a public service campaign for example targets cognitive belief components (Ajzen, 2012) as well as affective belief components (Eagly & Chaiken, 1993).

There would be different communication strategies and methodologies employed for groups aiming at prevention (inoculation) versus reaching those who are already in debt. The latter group shall be explained first.

Practically, a marketing team of psychologists would conduct initial semi-structured qualitative interviews among people who got into serious debt to identify their underlying affective and cognitive beliefs regarding credit- and debt-management. Properly conducted and coded (Hill, 2011), the results can be used for subsequent survey research. Principal component analysis allows identifying items with the greatest variance, which are the items to be used in a campaign. Ideally such a campaign should include follow-up services such as e.g., available help-lines and offering realistic problem-solving strategies to those affected. The research question would be which main factors keep people from seeking help (e.g., despair, shame, loss of hope, self-esteem, status etc.). The problem with using survey research in the beginning is that they do not build rapport with a vulnerable target audience, potentially resulting in poor participation (Lea et al., 1993).

Attitude inoculation for the first group is a good strategy for inoculating target audiences against predatory credit marketing (Compton et al., 2004) as a preventive measure. McGuire (1964) notes the ‘weakened argument’ concept for inoculation; this is that recipients receive only a small challenge to their belief without overwhelming their main concept of truth. (Myers & Twenge, 2013, p.258-259). Compton and colleagues (2004) conducted an argument strength pre-test, which measures the strength of counterarguments and their refutations on a Likert-type scale. In a secondary step inoculation messages are derived from the first test. Effective communication is finally tested via a matrix matching strong/ weak counterarguments to strong/ weak refutations; ‘mismatched conditions involved strong counterarguments/ weak refutations and weak counterarguments/strong refutations conditions’ (Compton, p.15). Independent variables of the factoral design are the type of inoculation message and prior credit card ownership, dependent variable the effectiveness of inoculation.

Inoculation campaign example (left): Anti smoking advertisement developed by Asher & Partners, challenging only a part of underlying beliefs. Another example would be one of a child resisting to brush the teeth before bedtime. The child’s belief is ‘Brushing teeth is a pointless and unnecessary exercise with the only purpose to satisfy mum and dad.’ An inoculation message would partially agree with the child, e.g. “You don’t have to brush all your teeth, only the ones you like to keep!”

This straight-forward approach appears sensible to be used in similar campaigns. We note that data is not only derived from participants, but is obtained from the analysis of predominant messages of credit advertisers. Fine-tuning of visual campaigns can be performed by experienced art directors who are familiar with communication strategies (Pricken, 2008) while testing the final, polished results for improved effectiveness. These would be two practical strategies for both, debt prevention as well as addressing those who are already in debt.